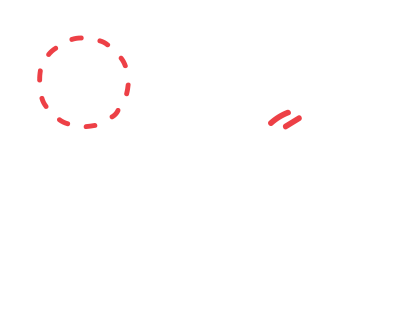 Idea
Water is already being pumped around in water pipes. You can extract energy from that flowing water by placing a wheel in those water pipes. By turning that wheel, which is connected to a kind of dynamo, you generate energy that compensates for the energy of pumping the water around and you even gain energy.

Proposal
You have come up with an idea to generate electricity from water pipes by means of a wheel in the pipe. Today you are going to make a prototype of this. It is important for your idea to show the public how it works and what the parts are. Therefore, the proposal is to make an open water pipe.
You will be given a thick sewer pipe as a basis. You will make a wheel in it with cardboard. You can also use a laser cutter for this. Here is a design sketch. 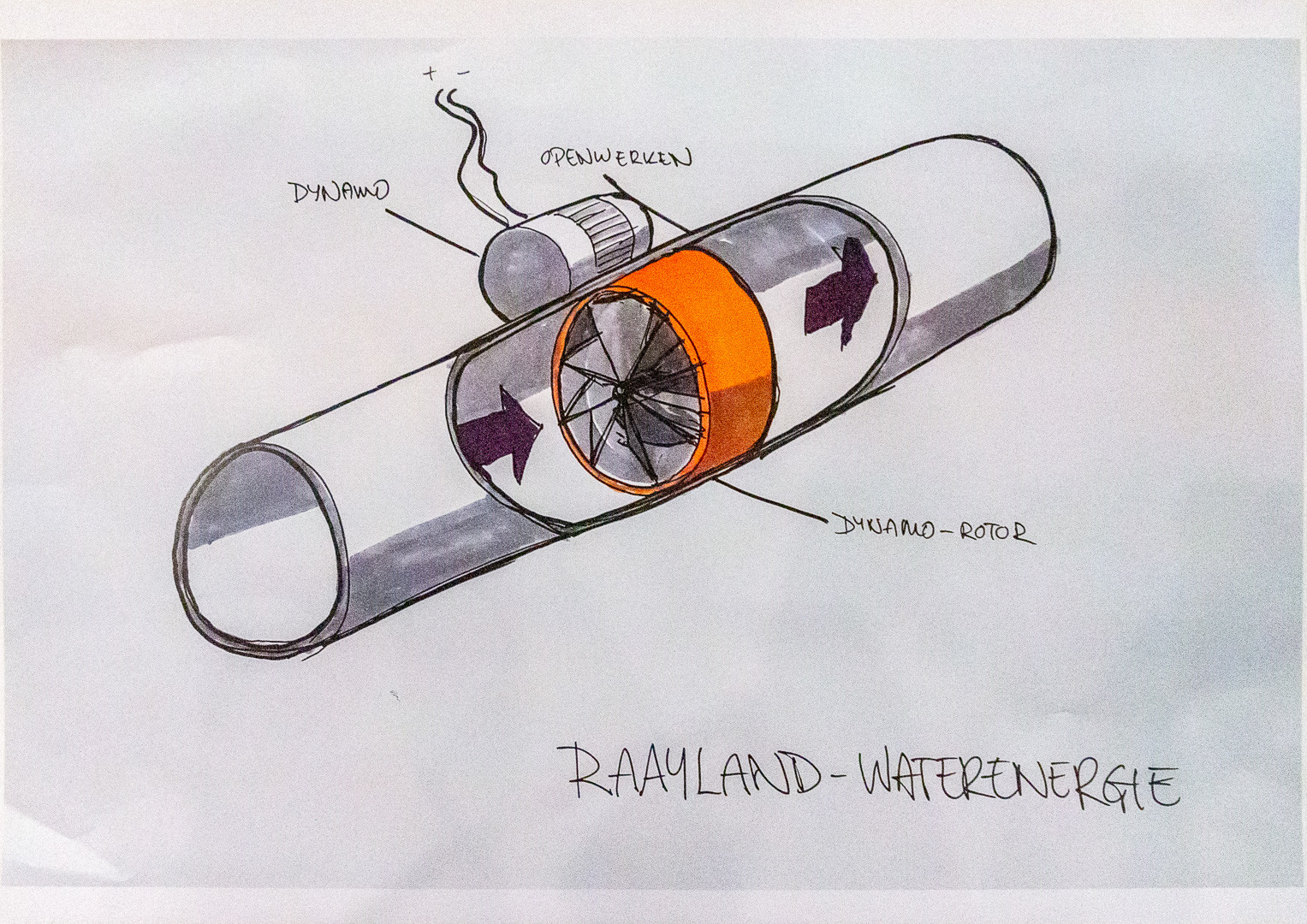 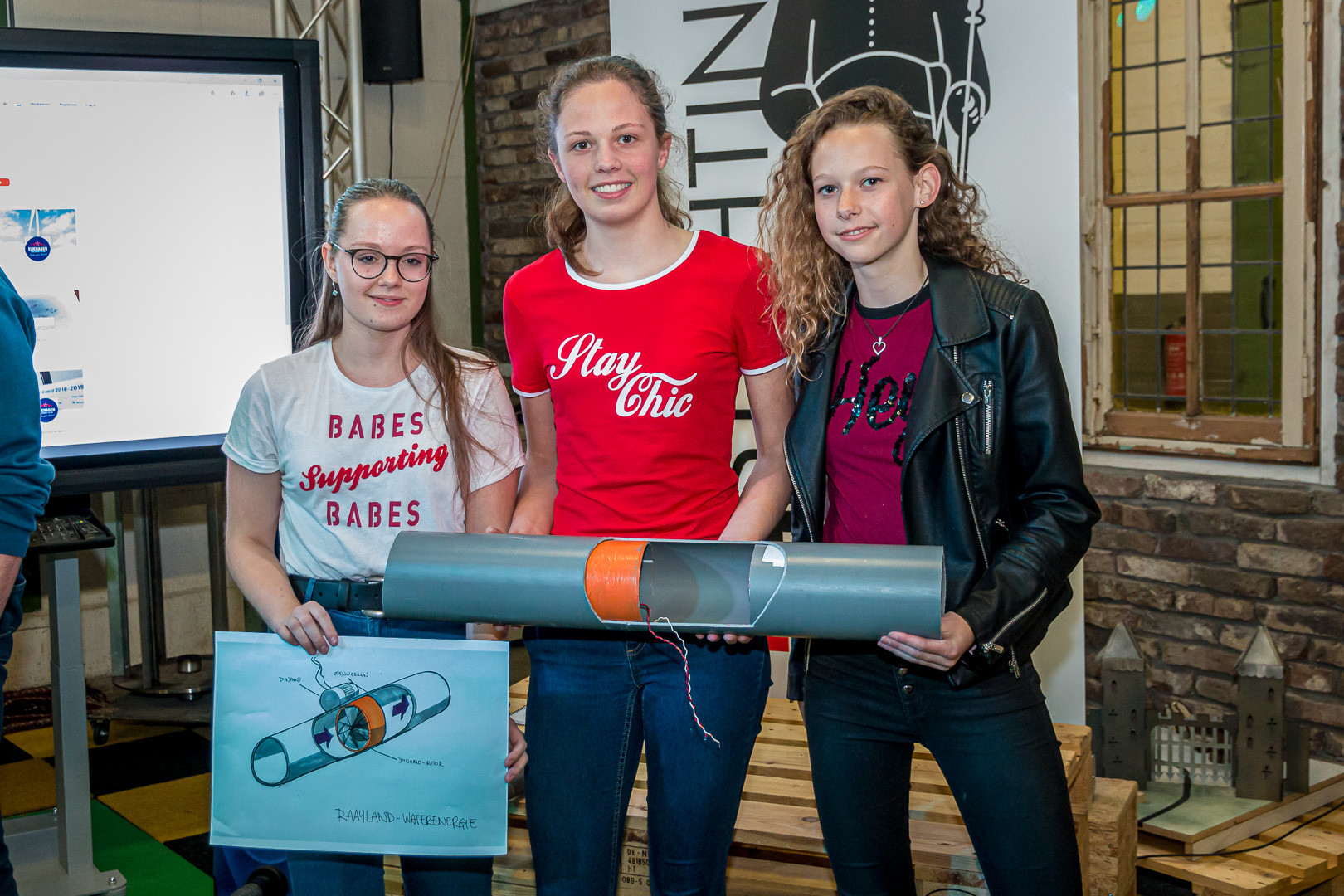 Idea
Our idea is to make a cool box that runs on solar energy. We always use the cool box when the sun shines.

Proposal
You have come up with an idea to provide energy for a cool box using solar energy. Today you are going to make a prototype of this. The starting point is an eclectic cooler and a solar panel. It is up to you to turn this into a product.

Your prototype will consist of the following parts: 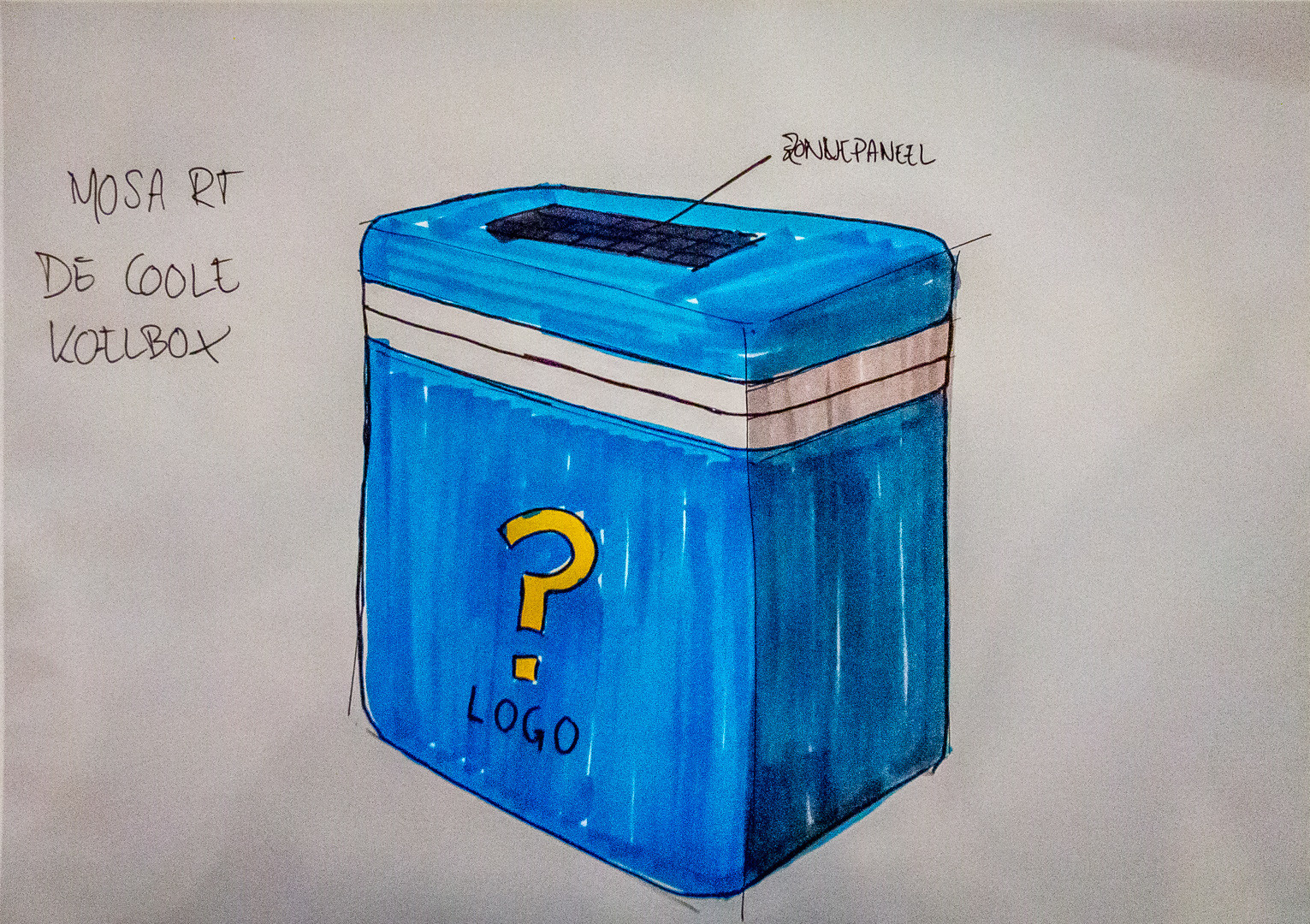 Idea
You build a huge box, plant many trees and plants in it and let the smoke inside of the box, so the trees/plants can clean the smoke and turn it into clean air which you can release again.

Proposal
Your idea is a box in which plant can clear polluted air. The plant function as a filter. Today you will be making a prototype of your idea. Since your idea is a matter of large scale, you will make a scale model today. The proposal is to make a small (30cm x 30cm x 30cm) box made out of plexiglass. This is a transparent material that you can use for the outer layer of the box. The material would have to be mounted on to a frame, which you can make out of wood.

You can fill the box with plants. Think about the following parts: Where will the ait be going in, and where does it come from? Is it coming from a factory? From a building, from a highway tunnel? And how will you pump the air out? And how long do you think the air should stay inside?

Also for mounting the plexiglass to the wooden frame, you will need screws. Because the plexiglass is very fragile, you will need to make pre-cut holes when you cut the material in the laser cutter. Ask help from the SPARK Techlab personnel with the laser cutting. Underneath you will find a drawing that will help you with making your prototype. You will receive some model plants that you can put inside the box when you are finished making it. 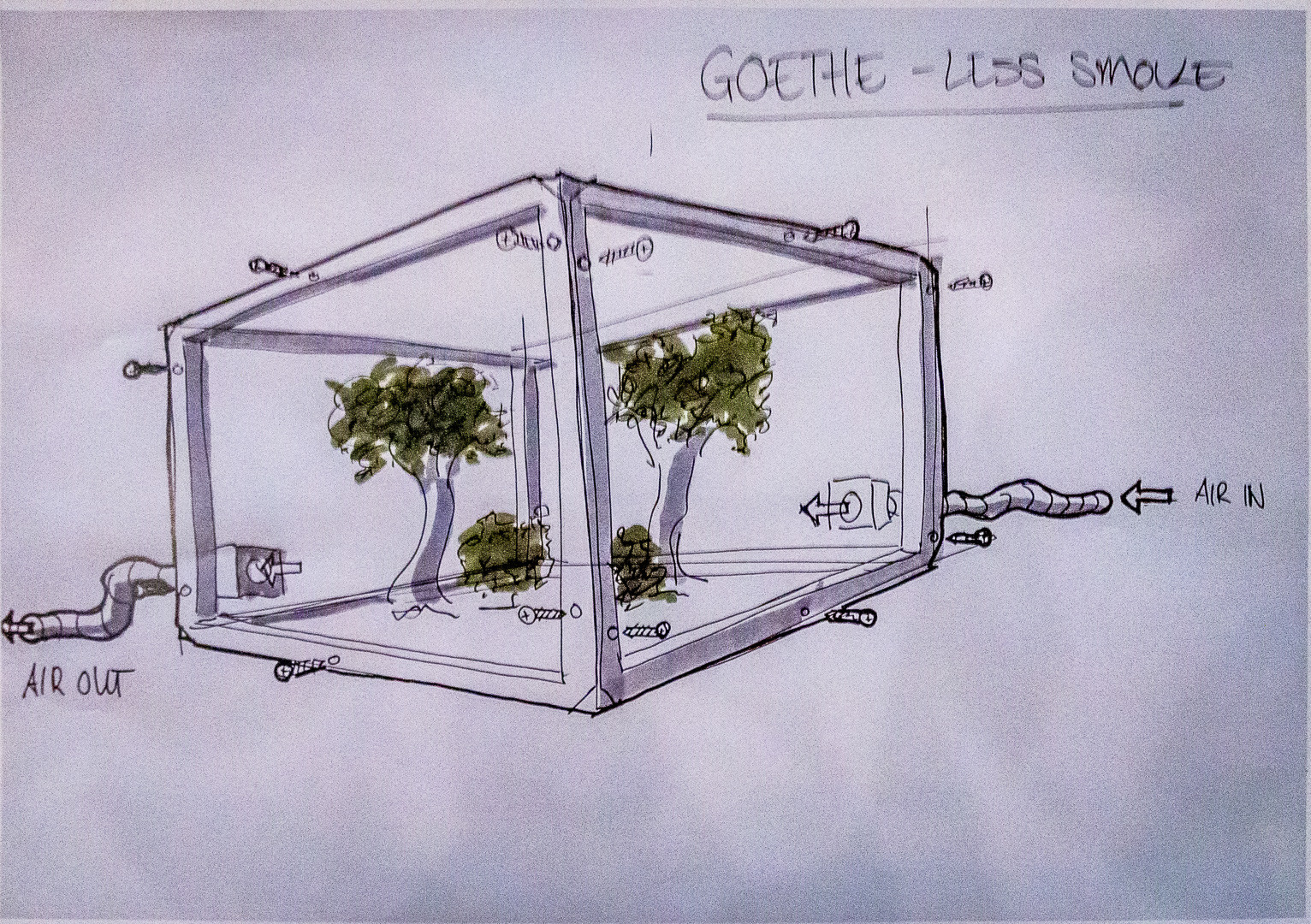 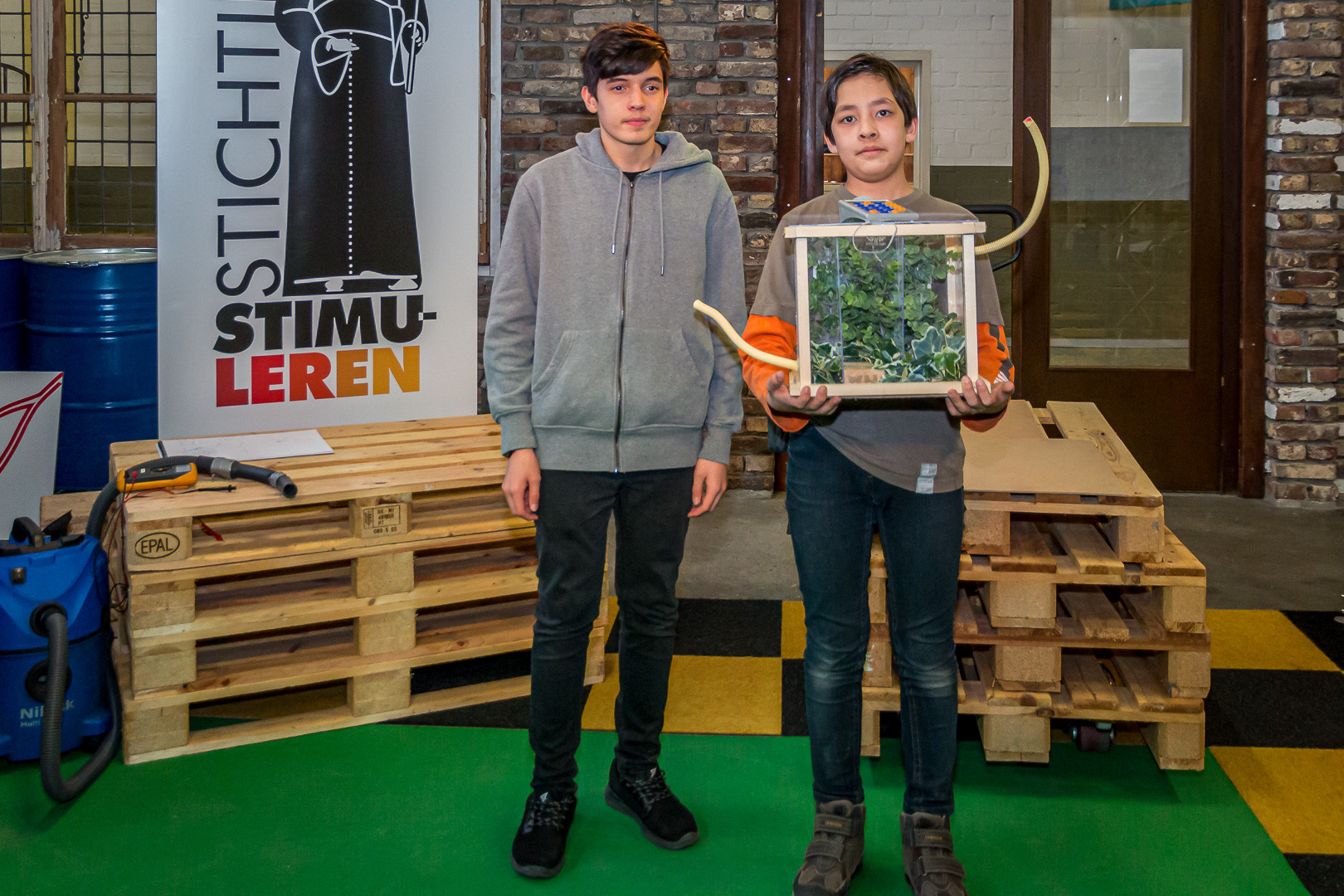 Idea
Our idea is to use metal beams to push litter in streams to the bank. On the bank are waste bins. There is a camera in the bins. Through the camera, people can use a slider to determine in which final bin the litter goes. In this way, litter can also be separated.

As a basis, you are going to create a landscape from gauze and paper maché. You can then finish off this landscape with paint, so that you can show where the water is and where the banks are. The beams and the waste bins are also part of your idea. You will use small bins for the waste bins and small wooden beams. Because the beams must be able to hinge, they must be attached to the ground. It is therefore important that an extra wooden beam is attached to the bottom of your papier-mâché landscape.

Things to think about when making your prototype are: How will the bins be emptied? How will people operate the beams? To help you on your way, here is a sketch. 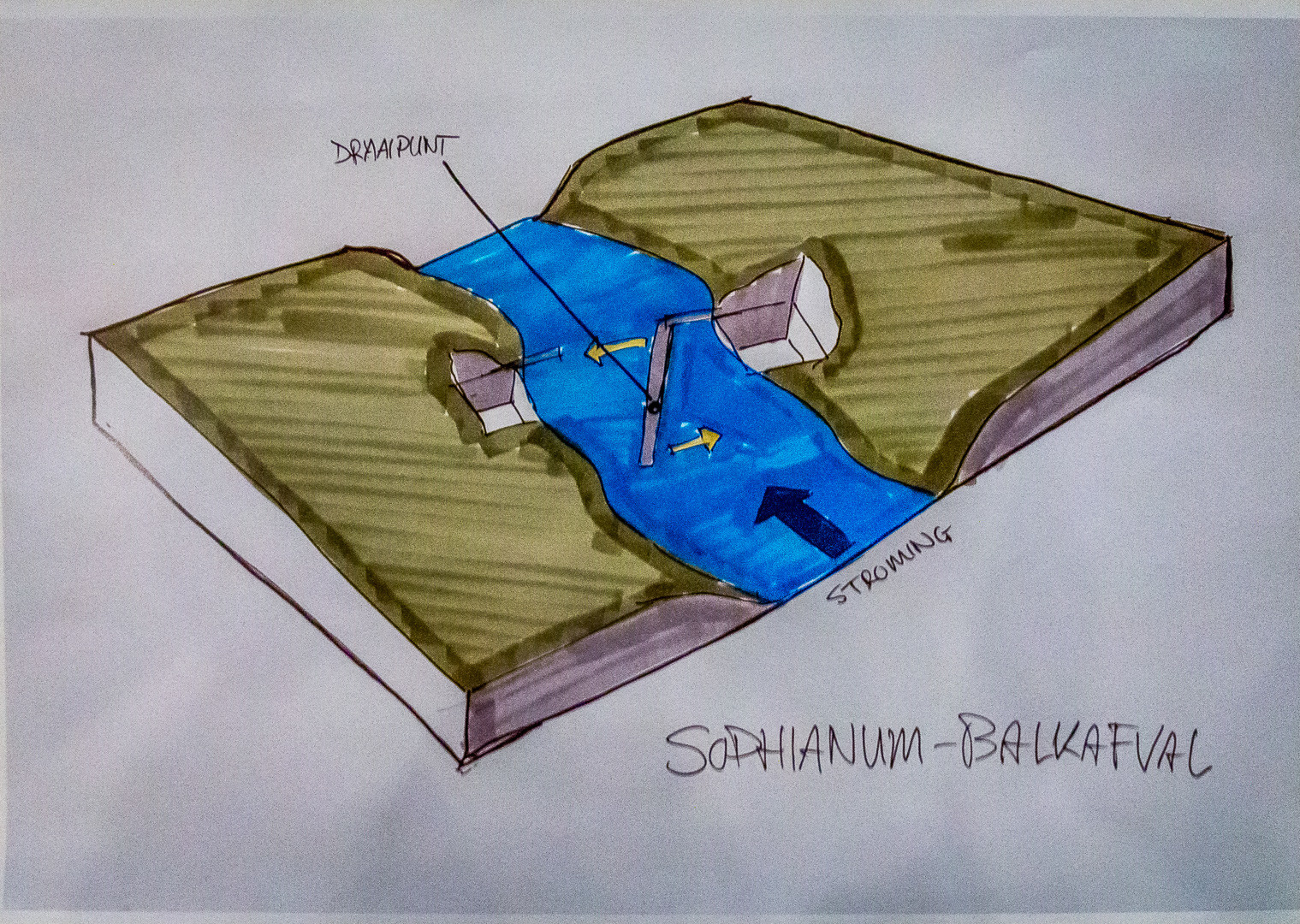 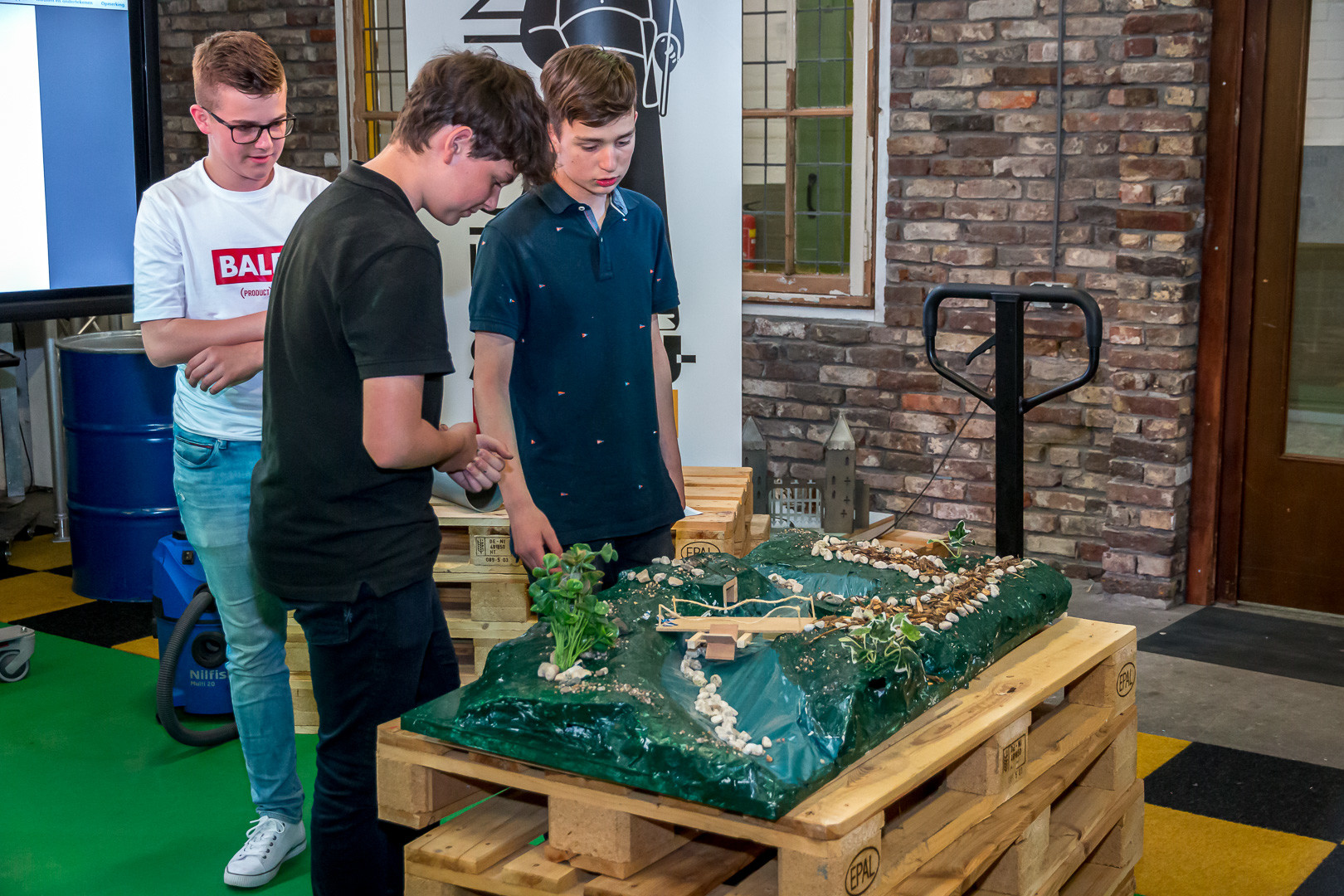